Ararat Petrossian. The Beginning of the Artist’s Journey

A small plastic piglet stands on the shelf looking completely out of place among the brushes and the paints.  I smile and look at Ararat. He holds my 8-month-old son who clings to him fondly despite seeing him for the first time. We have just arrived from London and are now looking at Ararat’s new series of paintings in his studio in the small southern French town of Elne. 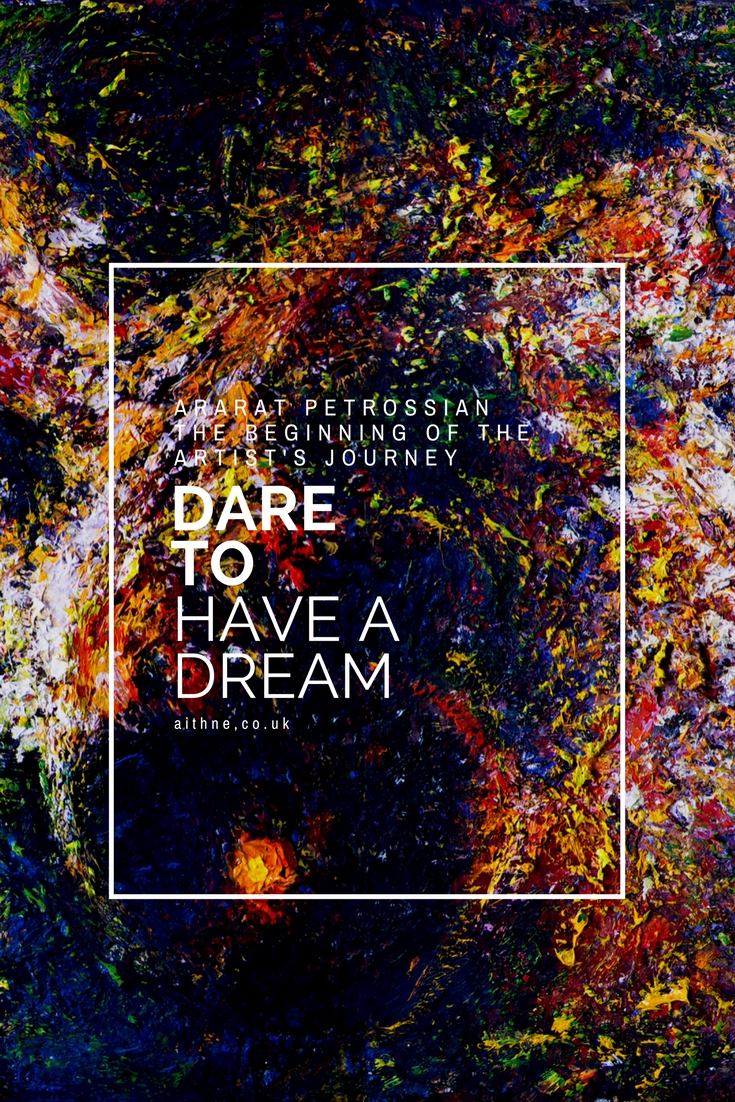 I can’t get rid of the feeling that the story repeats itself. 30 years ago in a small town in Armenia, I clung to Ararat the same way. He was moving to another country and I didn’t want to let him go. So I asked the piglet, my favourite toy at the time, to look after my uncle in his new life. And here it is, still with him, shabby, covered with scratches, but having travelled the world.

I didn’t know it then, but that day 30 years ago, Ararat was leaving Armenia to follow his dream, the dream of being an artist. He was almost 30.  He had that dream since he was a little child. But when he shared it with family, he only got a harsh repulse in response. As it often happens, he didn’t get the support to start the journey that was close to his heart.

The Childhood in Armenia

He stood in front of his mother like a matador in front of the bull.  Little but stubborn, determined to get his way, he was waving the painting in front of her as if it were a cape. He wanted to study in the Art School. The mother was relentless.

Everybody knows that being an artist is not a profession and providing for one’s family through creative activity is impossible. So the mother kept talking about neighbours and acquaintances whose life was ruined by creative endeavours and failing to obtain a proper profession. 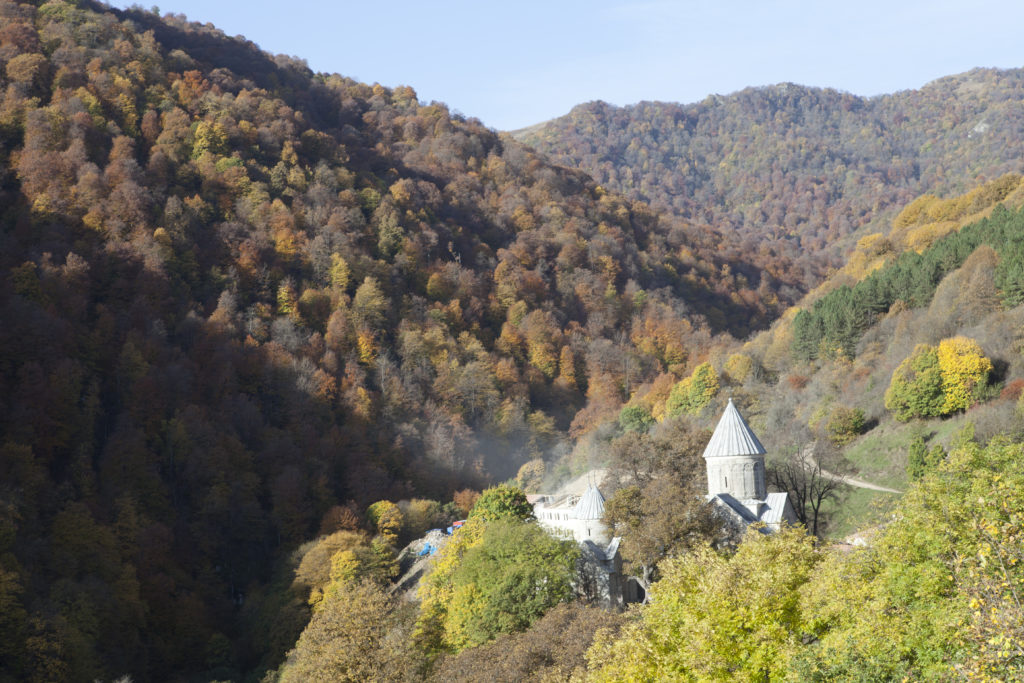 Ararat started copying illustrations from books when he was 7. First, the family didn’t object. All the children draw, don’t they? But Ararat didn’t stop there and soon he was painting in oil, capturing everything that he saw around him. He felt something longing to express itself through him already then, and he couldn’t control it.

Despite living in a society that was toxic for creativity, he was lucky in being surrounded by wild and scenic nature. The town where he lived was dominated by poverty and devastation, but nobody locked the children at home. After the school, he was free to explore. So he took some bread and cheese, his sketchbook, and disappeared in the mountains, admiring, drawing and soaking the energy of mountain and hills, ancient ruins, waterfalls and streams, forests and emerald meadows. No surprise that his connection with nature would last a lifetime.

Ararat won the battle for the Art School but the victory in the war was far away.

When he barely mentioned his desire to leave home and go to Yerevan to study in Art College, the relatives got upset and called for a family council. The council decided that the closest he was allowed to get to the creative profession was architecture. And he was not to leave the home until finishing the school. Ararat gave up. Family ties were always very important for him.

One night few days before leaving for the University to study Architecture, he had a vision, an insight so powerful that he couldn’t bear to wait till morning. He put on his clothes, slipped out of the house quietly, and fifteen minutes later knocked on his uncle’s door.

– I am going to be an artist. And I will be living in Paris. – He rushed through the doorway not noticing astonishment of the uncle scared by the visit in the middle of the night.

The uncle kept calm, prepared tea and sat down ready for a long chat.

Not a single shadow of doubt crossed Ararat’s mind. He knew that one day he would be there, he just didn’t know where to start. It was 1974, in Soviet Armenia, in the middle of the Cold War behind the closed borders. The uncle couldn’t come up with ideas of how to implement the impossible. So Ararat left to study Architecture, continuing to dream about painting and Paris. He didn’t know it then,  but by the irony of life, the architecture degree will be of great assistance to him in his artist’s journey.

That day, when I gave him my piglet in my way of saying goodbye, Ararat was leaving to start studying again. He was at the age when most of the Armenians settled down and start a family. But this wasn’t his path. Ararat was going to Sankt-Petersburg to study in the National Academy of Art. He was leaving behind his job in the city council that made his family proud but made him sick. He designed fountains and building facades that were meant to change the look of his native town. But the design projects just gathered dust on his office desk because of the budget cuts. So he decided to take the risk.

He flew to Sankt-Petersburg and the whole new world, his world, revealed itself to him.

Continue Reading about the Artist’s Journey to the Dream .

Aithne is a family venture presenting Ararat Petrossian's original art on silk scarfs. Produced from 100% natural silk, the scarfs can serve for a long time and combined with base items in your capsule wardrobe create unforgettable outfits.
We are based in the UK, deliver worldwide and look forward to sharing that energy and colour extravaganza with you and seeing how your eyes light up from the sensual tickling of the silk on the skin.
Read our Story

Get 10% OFF your next order

Leave your email to get your discount coupon, be the first to know about the new products, exclusive sales and get some style and art inspiration.

Ararat Petrossian. The Artist’s Journey to the Dream

30 years ago, the day when I gave him my piglet in a way of saying goodbye, Ararat was leaving to start studying again. He felt the longing for being an artist since he was a little Read more…